Can the police arrest you for a DWI/DUI?

Yes. In Minnesota a police officer may lawfully arrest any person if the officer believes there is probable cause the person is driving while impaired, driving under the influence or underage drinking and driving. The police officer may make the arrest without a warrant and without regard to whether the violation was committed in the officer’s presence.

When a peace officer has probable cause to believe that a person is driving or operating a motor vehicle in violation of Minnesota DWI/DUI laws and before a traffic stop or arrest can be made the person escapes from the geographical limits of the officer’s jurisdiction, the officer in fresh pursuit of the person may stop or arrest the person in another jurisdiction within this state and may exercise the powers and perform the duties of a peace officer under Minnesota law. An officer acting in fresh pursuit is serving in the regular line of duty as fully as though within the officer’s jurisdiction.

What happens when someone is arrested for DWI/DUI?

Typically, when arrested for a misdemeanor DWI/DUI or underage drinking and driving in Hennepin County, Stearns County or any other county in Minnesota, a person will be booked and processed at the county jail. When the arresting officer determines further detention is not justified or Minnesota law does not require a mandatory court appearance, the arrested person is often booked and released.

Under the Minnesota Rules of Criminal Procedure, the arresting officer or the officer’s superior is required to notify the prosecutor of the arrest as soon as possible. In some cases, a prosecutor also has the authority to order the arrested person released from custody.

Under Minnesota law, some people arrested for DWI/DUI must be detained until the person’s first court appearance, if the arresting officer has reason to believe: 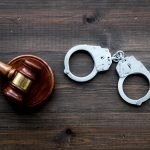 What Happens After Being Arrested – What is the 36/48 Hour Rule?Law Articles 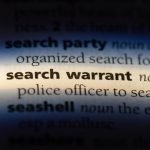 How do Police Get a Search Warrant?Law Articles