Restitution in Criminal Cases in Minnesota

As a criminal defense attorney in Stearns County and around Minnesota, I frequently argue on behalf of clients at restitution hearings. Victims of crimes request restitution by submitting a sworn affidavit. If you’re conviction of a crime in Stearns, Hennepin, or any Minnesota county, and you cause damage to property or injure somebody during the incident, you may be ordered by the judge to pay restitution as a condition of probation.

Restitution in a criminal case may include cost to replace or repair damaged property, medical bills, or insurance deductibles, for example. In Minnesota, crime victims have a legal right to restitution for specific losses caused by the defendant if the defendant is convicted of a crime. The primary purpose of restitution is to restore crime victims to the same financial position they were in before the crime. Under Minnesota law, district court judges have considerable discretion to award restitution.

Judges in Stearns, Hennepin and all Minnesota counties apply Minnesota Statute § 611A.045 and consider two primary factors to determine whether restitution is appropriate as a condition of probation:

The term “victim” in the restitution statute is defined to include any person who incurs loss or harm as a result of a crime, including a good faith effort to prevent a crime.

Can a defendant challenge a restitution order?

Yes. Minnesota law specifically outlines a defendant’s right to challenge any amount of restitution requested by a victim. Pursuant to Minn. Stat. § 611A.045 a defendant challenging restitution must:

The prosecution has the burden of proof in restitution hearing

For a free consultation to discuss a criminal case involving restitution call Neuville Law Office 24 hours a day, 7 days a week at (612) 354-2622. 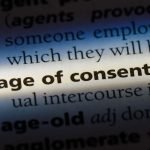 What is the Age of Consent in Minnesota?Law Articles

Will I lose my Commercial Driver’s License (CDL) if I get arrested for DWI/DUI in Minnesota?Law Articles