What Happens After Being Arrested – What is the 36/48 Hour Rule?

First of all, if you are ever arrested, do not make conversation with the police!  It is in your best interest to cooperate with the arresting officer – resisting arrest will only result in additional charges, or perhaps much worse. Engaging in conversation with police, however, may needlessly expose you to additional charges. If the police read you your Miranda rights and attempt to question you, respectfully exercise your right to remain silent until you have spoken to a criminal defense attorney, even if you believe you have something important to say.

For many misdemeanor charges, after you are arrested you will be taken to the police station and “booked and released,” meaning the police will take your picture and fingerprints, and in the case of a DUI/DWI administer a breath test, and release you pending a future court date.  In other warrantless arrest situations, you may be held in custody (such as assault or domestic assault charges, DWI/DUI with one or more aggravating factor, and many felony charges) until you appear in front of a judge and bail and/or release conditions are set.

If you’re taken into custody following a warrantless arrest, you must be brought before a judge within 36 hours after you are arrested. If you’re not brought before a judge within 36 hours, you will be released unless the prosecutor can show “good cause.” The 36 hours clock begins to run at midnight on the day you are arrested and does not include Sunday or legal Holidays.  So, for example, if you’re arrested Friday at noon, you can legally be held in custody until noon the following Monday, unless Monday is a legal holiday in which case the 36-hour rule is extended until noon on Tuesday. 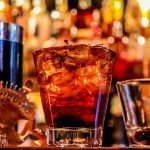 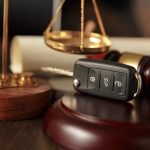 Can the police arrest you for a DWI/DUI?Law Articles