What happens when someone is arrested for a first-time DWI/DUI in Minnesota?

The process following a first-time DWI/DUI arrest can vary depending on the circumstances of each individual case.  Likewise, the penalties for a first-time DWI/DUI also depend on the specific circumstances of each case.  If someone’s been arrested for DWI/DUI, they should consult with a qualified and experienced criminal defense attorney immediately.

What are the penalties for a first-time DWI/DUI?

A DWI/DUI arrest can result in administrative and criminal penalties.

The criminal penalties for Fourth Degree DWI/DUI include up to 90 days in county jail and a $1000 fine.  A person convicted of Second or Third Degree DWI/DUI faces up to 365 days in jail and a $3000 fine. In Minnesota, a criminal conviction for DWI/DUI can result in incarceration, supervised probation, fines, chemical dependency treatment, and an abstention order – meaning no alcohol consumption while on probation – while being subjected to random alcohol testing.

Are there legal defenses for a first-time DWI/DUI in Minnesota?

Yes!  There are a number of defenses or challenges that can be raise in court to fight a DWI/DUI arrest.  The arrested person can challenge the basis for the traffic stop.  If the arresting officer did not have reasonable articulable suspicion to make a traffic stop, any incriminating evidence may be inadmissible in court. Did the officer lawfully expand the scope of the traffic stop by investigating the DWI/DUI? Did the officer properly advise the arrested person of their right to speak with an attorney before chemical testing? Did the officer properly administer the chemical test? Is the chemical test accurate?  If the arresting officer violated the arrested person’s constitutional rights in any way during the course of the investigation, the evidence may be deemed inadmissible and the charges could be dismissed.

Additionally, if someone is arrested for DWI/DUI in Hennepin County, they may be able to get their driver’s license reinstated while the criminal case is pending.

If you or someone you know has been charged with a DWI/DUI, call Attorney Luke Neuville for a free consultation to discuss the specific details of the case. 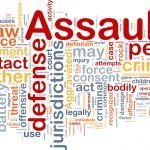 Difference Between Assault and Battery?Law Articles 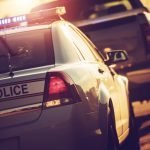 When does Minnesota require “whiskey plates” on your vehicle?Law Articles